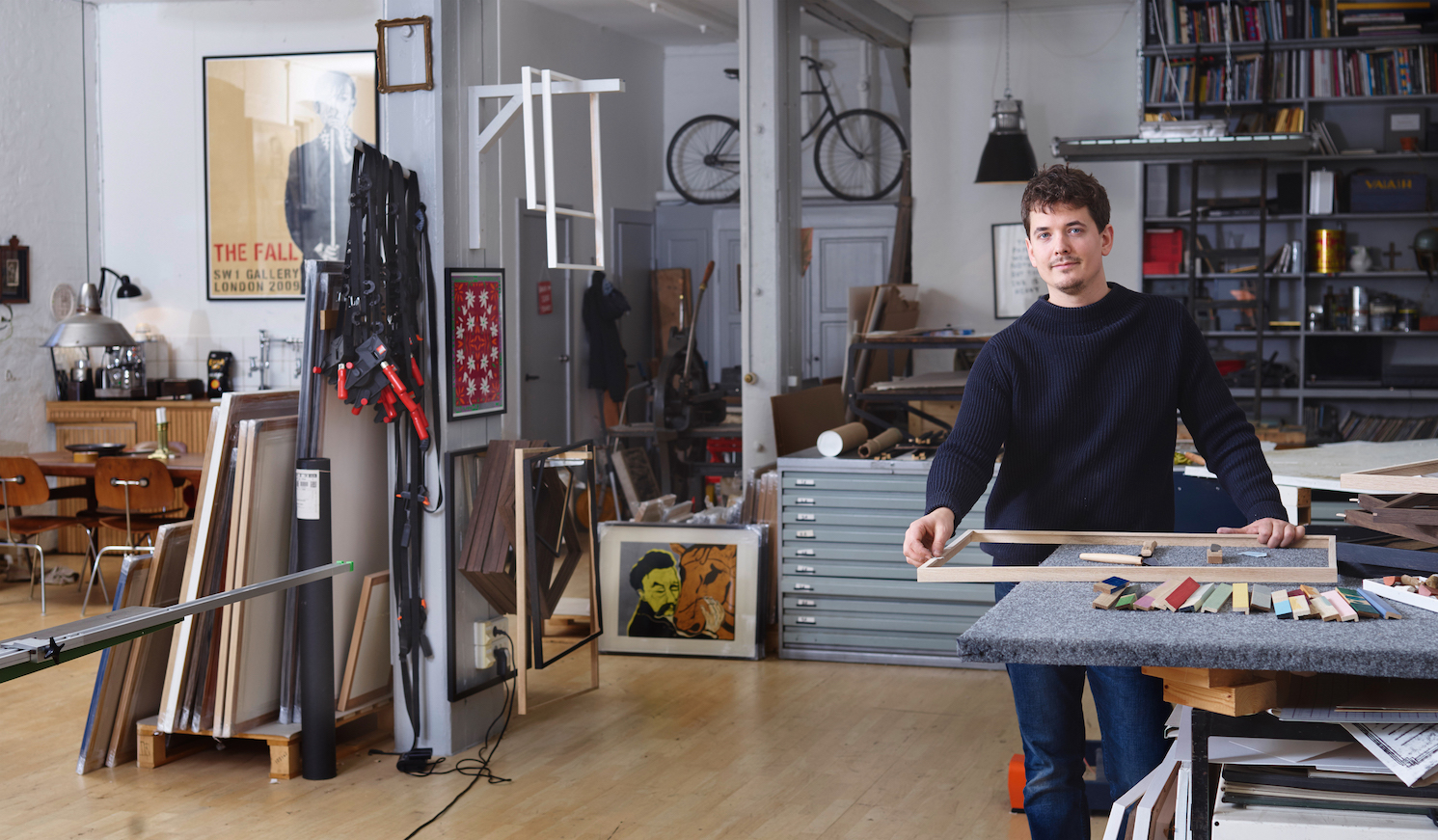 Mathias Hjorth-Rohde is a frame maker working at Rammeværksted i Nansensgade. We asked, what does quality mean to you?

The angles must align precisely - that’s the most important thing when I make frames. That’s why I can’t do it without the mitre square that ensures I’m cutting the frame strip corners perfectly.

Quality is about being meticulous - being careful and thorough. The simpler the better, for the most part. Sometimes, you can kick it into the highest gear, but quality can just as well be a simple frame that you’ve made with precision. Actually, that’s the essence of working with frames: If you are sloppy, it’ll turn out terribly. 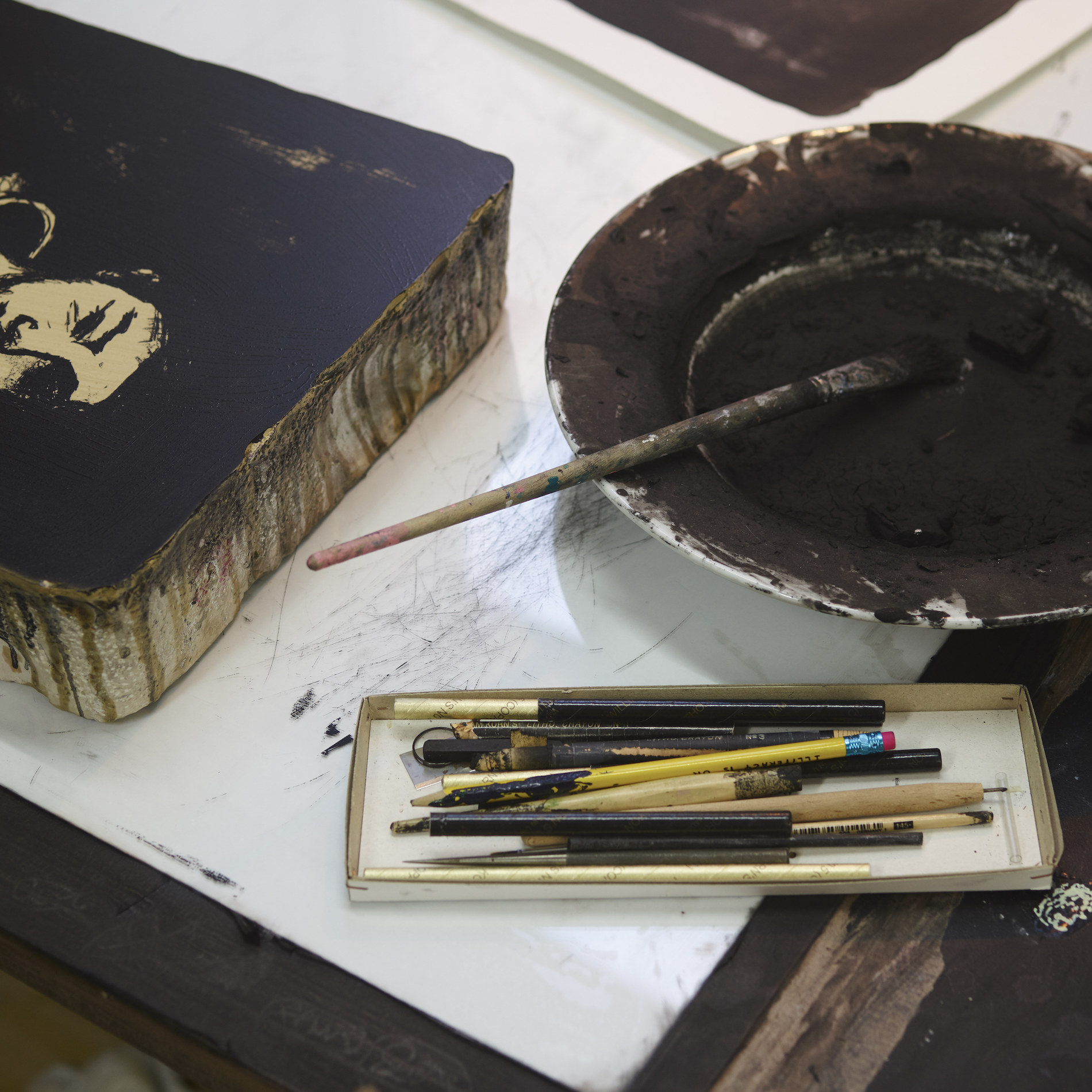 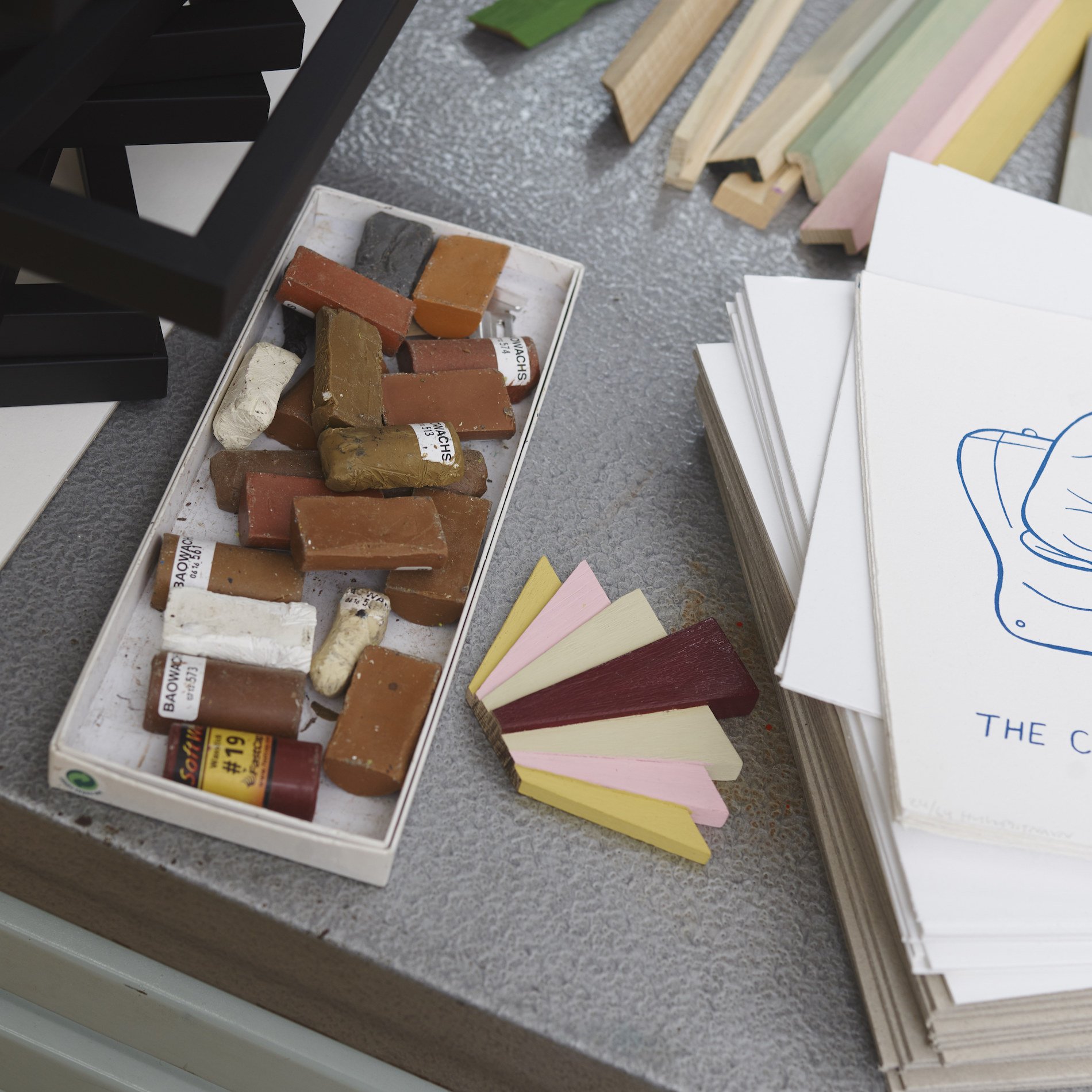 I’m here to build frames, but when there’s time for it I do some prints if there’s an artist who's up for it. My old machine has come alive here in the workshop - it’s a lithographic press from 1870, and I’ve fixed it up myself.

Actually, I didn’t even know I was going to work with prints when I left school. I played music for a while, and then at some point, I felt like travelling far far away - and then I ended up in the Faroe Islands for half a year. Whilst there, I just so happened to find work at a graphics workshop.

When I got back to Copenhagen, I wanted to work with prints again. The boss at the café where I worked as a chef knew Michael who owns this workshop, and when Michael suddenly found himself one man short, I began working here as a frame maker. It was a crazy start - the first month I was trained by the two employees who were leaving, then I was left on my own. That was six years ago now...